Help Me Pick My Novel For NaNoWriMo 2015!

Alright, I’ve made my decision and I’m throwing my pen in as second time participant in NaNoWriMo. I skipped out last year to take part in Nina Amir’s National Nonfiction Writing Month.

Only difference is, I immediately knew then what I wanted to draft into life and a beating heart. Which is currently on Wattpad with six chapters uploaded. Now, I have no idea because there are three story ideas to choose from.

I mentioned them briefly in my previous post, but today I want to give each a formal introduction. In hopes, you my readers, may able to help me come to a decision. I’m also including a poll at the end of this and the following posts until November 1st. Depending on my feelings and your votes, one of these three will be my NaNoWriMo 2015 novel. So allow me to formally introduce you to:

Story idea #1 is an adult romance novel. Inspired because of my interest in dream interpretations. Then I wondered and started Googling about careers in dreams. And found out about dream therapy/dream workers. Then the thought came to me, what if a patient is dubious about this method of therapy. But is at the end of his rope. What if he falls for her? And that they were once classmates and are reuniting after fifteen or so years. Just to let you know, I’m leaning in favor of this one. But then, I also thought that I can wait to February 2016. Collect even more research in dream interpretation and therapy in the meantime. And with the mood of Valentine’s, use February as a National Romance Novel Month. Also, I haven’t written anything close in the romance or women’s fiction genre since college which was 10 years ago.

Story idea #2 is the sequel to my current work in progress on Wattpad. It was also the novel I worked on when I first entered NaNoWriMo in 2013. I figured I can get a headstart on book two as I try to complete book one. Yet the closer November 1 gets, the more I think I don’t have enough research, resources, plot points, etc for a rough draft. I’m especially concerned about the middle. As I was short 21K words for book one of the series, because I waffled in the middle.

Story idea #3 was inspired by a dream. Like the main character, I tend to have the most amazing dreams where I save the world. I remember one dream when I teamed up with Michael Jackson on a mission to a pharmaceutical company. We had to run through an underground, abandoned train station. Fighting against and maneuvering around these pink, spiky bubbles all over the place. To reach the company where we were briefed we can find a cure to save the rest of humanity and get rid of those bubbles. The inspired dream in question was when I was the prophesied one. Who traveled to another world while dreaming. And to help the human resistance to overthrow their vampire oppressors. So I thought, why not have a main character who can do the same. But unfortunately, traveling to other worlds has consequences. Such as leaving your body open to be inhabited by something or someone else.

So there you have it. My behind the story of the novels I’d like to work on for NaNoWriMo 2015. I even created blurbs/short synopsis and ebook covers on Canva.com for each. Happy voting!

In a week Sharon’s life has gone down the crapper. Her latest client, former middle school mate and golden boy Justin Boyd, just walked into her office with a referral. He doesn’t seem to remember her but Sharon has never forgotten him and the nasty rumour he started about her, forcing her to change schools. On top of that, Casey the love of her life, the father of her child, the man who said he NEVER wanted to get married or have children, mailed her an invitation to his wedding! A woman on a mission, Sharon is determined to keep Mr. Boyd at arms length until their sessions are over. And to make Casey realize that she’s the bride that’s supposed to go down the aisle. That her and their son, are the only family he’ll ever need.

The last two years of Justin Boyd’s life has been a living hell. Between his divorce and finding out that his daughter is not even his, it’s no wonder his work has been suffering. Then there’s the headaches, the trouble sleeping and nothing he’s done worked. Until he’s sent to the cool and distant Dr. Sharon Cooper. She seems strangely familiar to him and is drawn to her. He’s not ready for another relationship, but he knows that there’s something special about Dr. Cooper. Will he be able to forgive his ex-wife, heal and succeed in a second chance at love and family? 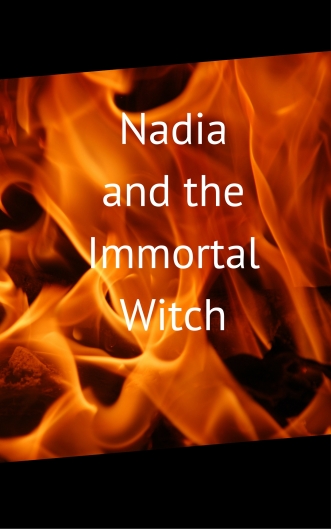 School life isn’t as easy as Nadia thought it’d be. She’s made some new friends, a few enemies and is still on the outs with Michael. After weeks of trying, they’re back to being friends again, just in time for the Halloween dance. But the immortal witch is in town and has her sights on Nadia, her powers and her would be throne. With the net drawing closer, and strange runes popping up and disappearing around town, can Nadia stop the immortal witch in time, to enjoy her first dance?

Kyna Lynn James always thought her future was to be a fantasy writer. Her imagination run rampant all day and all night, with the most amazing dreams. She loves regaling her friends with her subconscious adventures. But she never thought her life would become the fantasy, when her latest dream has her stranded in another world. And her body back on Earth hijacked by the worse of the worst of criminals. To get her body back and stop the other ‘her’ she must share a body with the catcher tasked in apprehending ‘her’ before she becomes the universe’s Most Wanted.

Are you prepping for NaNoWriMo? Have you decided on a novel, title, genre, etc? Any prep tips you’d like to share?

PS So far, #3 The Soul Traveler is in the lead. Thanks to the votes by J.H. Moncrieff and Spatial, in the NaNoWriMo polling forums. And another vote for #2 Nadia and the Immortal Witch. So, I’ve already added their votes to the poll.